Agent guide : How to play Omen agent in Valorant? 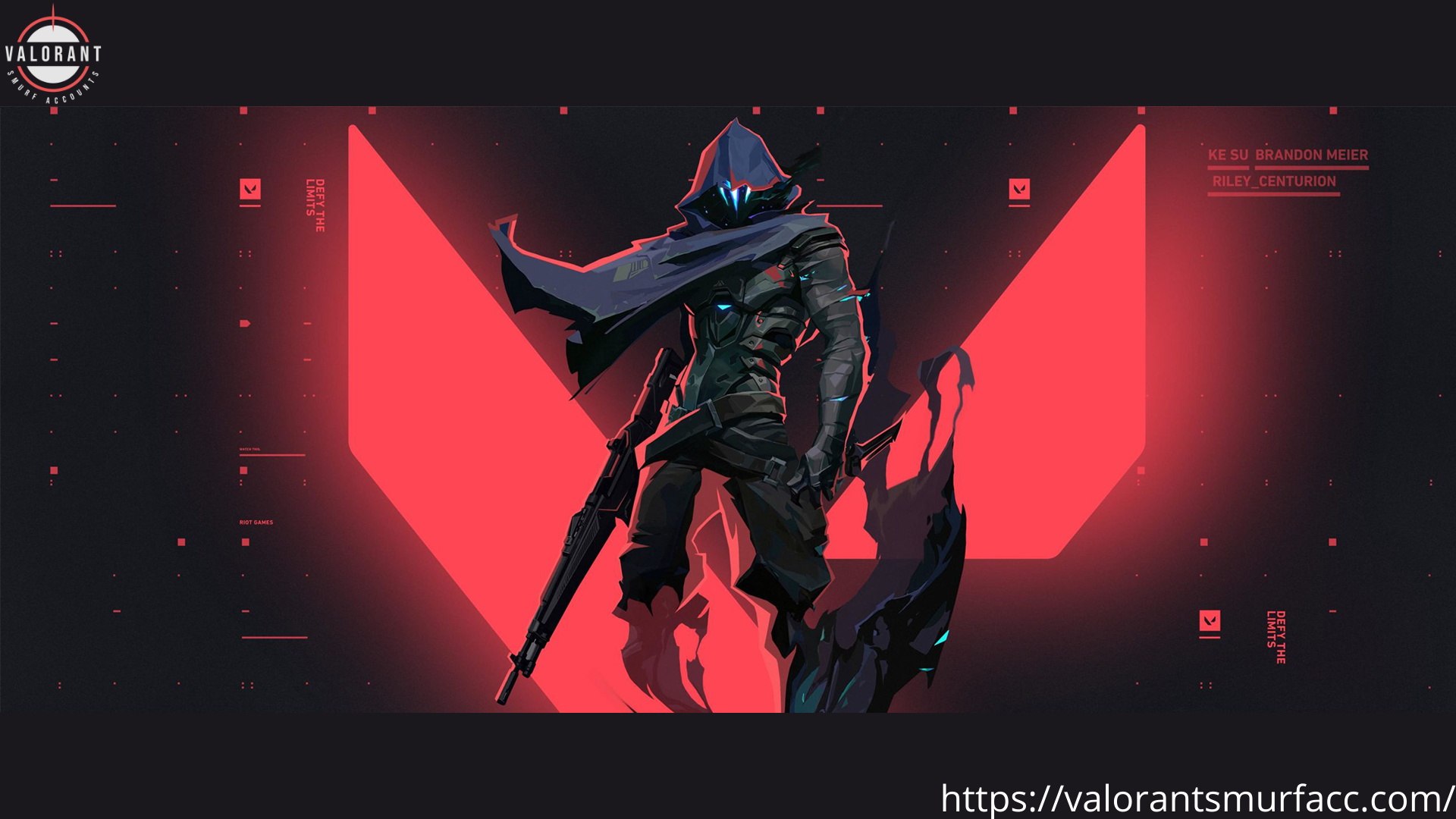 PRIMARY KNOWLEDGE OF THE GAME: In a Valorant match, players choose their Agent based on their role. The Agents are divided into four distinct roles:…
Read More

PRIMARY KNOWLEDGE OF THE GAME:

In a Valorant match, players choose their Agent based on their role. The Agents are divided into four distinct roles: Duelist, Initiator, Controller, and Sentinel. Each Agent also has their own set of skills to use during the match. Omen is a common controller choice in Valorant matches, and he is well-equipped to misdirect and flank opponents in order to gain a much-needed advantage for his team.

There is no parental consent system or parental control feature in Valorant because the minimum age required to play Valorant is anyone above 16+.

The only required criteria are a working email address, compatible device, and decent internet speed. Many gameplay tips and tricks and videos are provided by riot games in order to understand this in-depth. this is a detailed agent guide of OMEN (abilities he has access to, abilities he can combine, omen tips and tricks are added at the bottom of the page)

“A radiant healer is with them I can feel her pull against the natural balance. split?? ah…they don’t know the meaning of the word.”

so he can die and split another hit of himself on another area basically that’s how this teleporter works, by removing his armor he can actually use his abilities to teleport but to use that he has to die every time if sage the life you give do you ever wonder where it’s taken from? just think sabine you used to heal with your skill, funny!

How to Play Omen Agent in valorant:

The master of manipulation OMEN belongs to the CONTROL CLASS AGENTS(particularly controls their action while being anywhere on the arena). hunting from the shadows omen is best known for the abilities to mess with an enemy’s head, take advanced positions, and is not a one vs five killing machine. This valorant agent guide will walk you through all the abilities and disadvantages of playing as an omen. starting off with

A little modified flash-bang where you throw a High-speed shadow projectile(shadow orb) through the wall blinding every enemy (in a straight line). Paranoia is important for stopping rushes or creating opportunities for strategic places on the map is the ability key. This ability has a greater impact than fragments and damage. For a short moment, paranoia creates chaos so that your team can reposition itself or call and obtain information about enemy positions.

Paranoia isn’t completely bulletproof as the projected shade grenade is thrown, the opponents will get a shadow-like warning sign on their screen giving them an opportunity to AVOID it, keeping in mind that they don’t actually know the angle it is approaching from overall paranoia is an advanced omen ability.

The shrouded step allows you to travel a short distance in any direction, acting as the no. one tool to catch enemies off guard. when in a critical situation these teleports can easily throw enemies off track. shrouded step when used correctly will help you win one vs five easily but there are some disadvantages to it as well the delay time can leave you on a stage where you can be killed easily if detected beforehand from the enemy. but giving unexpected encounters and throwing them off are really amazing skills that overshadow this disadvantage.

A smoke grenade that can be fired through walls to make a dark cover, also known as the signature ability dark cover of omen. A shadow sphere that is hollow from the inside is projected with a 30-sec cooldown timer on it. It allows bigger entryways and sidelines to be covered and puts you in a good shooting spot. You will see an indicator that indicates where it will land before shooting it. You can push or pull the indicator and see it on the map to make sure it lands on the map wherever you want.

As justified by the name from the shadows is a high-risk high-reward ability. A little map knowledge and enemy location are required for omen’s ultimate. Omen opens the map and can teleport anywhere in the arena. Once you’ve decided on a location, Before Omen materializes, an ethereal body appears at the destination where he will teleport. Giving the enemies a chance to destroy his shrouded figure. Omen can cancel it and return from the brink of death. Or he can choose to materialize after 4 seconds and roam around to his heart’s content. Omen distorts his enemies minimaps while teleporting. The noise he makes is loud enough that they can track it that way.

This ability or abilities can be paired with a dark cover. To execute this simply throw smokes down across the map into places where people maybe. Then use the ultimate ability and teleport into your smoke shadows. Thus giving you time to exit shadow form. This ability is used to take sites at a much faster pace due to omen having the ability to get into the enemy’s backline with such ease. This will force the enemy team to play more passive and afraid because you could be anywhere.

Omen has many tricks hidden up his sleeve. Here are some tips and tricks that will guide you in addition to the above agent guide on how to play. Using these tips can surely give you an edge over anyone.

Smoke hopping refers to pairing different abilities such as dark cover ability with shrouded steps and hopping from smoke to smoke. This is done by throwing your first smoke on top of you but in a location in which omen teleports safely. Right after you throw your next smoke a short distance away from that smoke but still in shrouded step range. This allows you to get inside the first smoke and teleport a short distance to your second smoke. This maneuver will surely leave the opponents confused about how you got to your new position giving you the advantage

Equip a shadow walk ability and see its range indicator. Fire to begin a brief channel, then teleport to the marked location. Enemies can hear a sound cue at their original location. Instantly fire a shadow projectile forward, briefly reducing the vision range of all players it touches.

All of the omen’s abilities are useful in many situations. For instance, is from the shadows ultimate is not really useful to flank enemies. You can also be used to distract your enemies making them scramble while your team hits the site. Make sure that you and your team are on the same page or else this can end in disaster

Throw one of your smoke sphere orbs into a corner behind an enemy, then using your ability(key is teleportation) on the other side of that wall. Once the enemy hears you teleport he is going to assume you teleported inside the smoke. Allowing you to get the jump on him and have an advantage in the weapons

omen has many neat little tricks you can use to flank enemies. One of them being the ability to make fake teleport plays using his shrouded step ability using it as you’re jumping through a portal on the arena thus indicating that you have gone through one of the two portals on the arena, what this allows for is the enemy to be holding a line in which he thinks you could be coming from when in reality you could be somewhere completely different giving you the element of surprise and the advantage over your opponents.

Our final tip you can use to get an advantage with omen. Is to use omen’s dark orb cover to slow down the push while calling for rotates. In defending, smoke can be placed in a path to slow or prevent forces from entering. Making it less likely that the entire team will jump in with one smoke of their own. This will make it less likely to slow the enemies or give you one-on-one with them.

Riot Games is best known for League of Legends, a multiplayer online battle arena, and the company’s flagship product. This was first released in October 2009. League of Legends is a 2009 multiplayer online battle arena video game developed and published by Riot Games. Currently available on all compatible mobile devices. While Valorant is a mix between Overwatch and CS: GO. The visuals, definitely lean towards Overwatch since the art style of the game is bright, animated, cartoon-like. This is completely different from CS: GO, which leans towards realism (to an extent of course). The only thing that league of legends and valorant have in common(despite the same developer) is a character named omen.

The third-party cookies used on our websites are used mainly for understanding how the website performs. How you interact with our website, keeping our services secure, providing advertisements that are relevant to you. And all in all, providing you with a better and improved user experience. Helps speed up your future interactions with our website. Valorant is a new, mobile-only MOBA that has just been announced by Riot Games. The game will offer the same fast-paced combat experience found in League of Legends and other MOBAs, but with simplified controls for an even more accessible gaming experience on the go.... 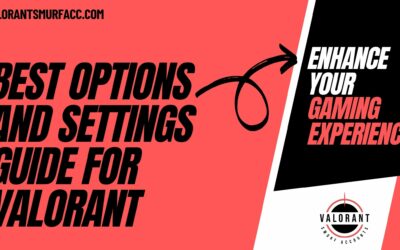 The Valorant settings are the most important part of your gaming experience. They will change how your game looks and behaves in a number of different ways, so it's worth taking some time to get them just right for you. This guide will help you understand what each... 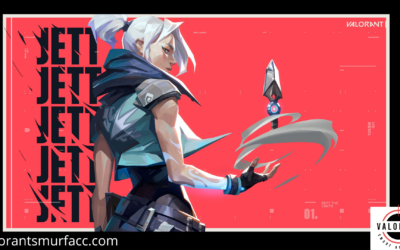 Agent guide: How to play Jett agent in Valorant?

Jett is one of the many agents that the riot games have to offer to fight other enemies on the map. The developers of riot games have given unique abilities to this one agent in valorant. A player playing valorant for the first time should avoid learning about the...